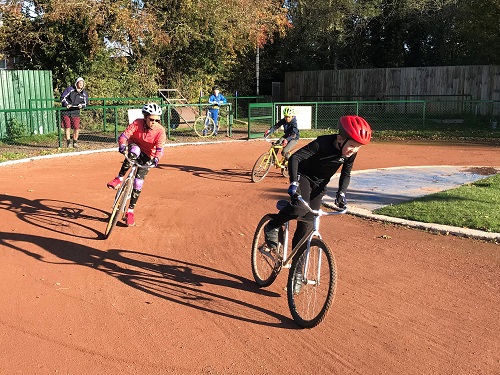 HETHERSETT HAWKS / YELLOW BRICK MORTGAGES brought in a re-structured committee at its Annual General Meeting held by Zoom on Sunday February 28th.  This will see a slim line committee with new posts that will in turn create sub-committees to handle day-to-day activities.  This is intended to help gear the Club up for the challenges ahead that centre on continued increased membership on the back of successful training sessions.

Plans have been approved by the District Council for two new track side containers, part of which will house the new Wonky Wheels Community Bicycle Workshop has had a successful crowd-funding activity through the Aviva Community Fund. The containers plus major track and surround upgrades are part of a £50,000 project.  Other fund raising activities to support grant applications are being planned, including a 24-hour sponsored marathon sometime in July.

The new Officers and Committee are as follows –

One name missing from that list is John Nelson who has stood down after 36 years on the Committee, most of which he served as Chairman.  In recognition of his devoted service the Club is pleased to announce that John has been elected, and has accepted, the honorary position of Life President.

The committee decided that the time is right to review our membership fees for the first time in a number of years. We have tried to keep the changes as minimal and fair as possible and we believe that they are still far cheaper than most other sports and activities, even though we give a higher level of support with equipment and commitment.

The fees for training sessions (and old-style Club Nights if they return) will increase to £2 per day.  However, where families have more than one participant on a day, the additional family members will still only be required to pay £1. There is still no Annual Membership fee and there will be no change in fees for competitions.

Final track preparations are under way so that it will be ready when we start training sessions again on Tuesday March 30th, subject to the “roadmap” criteria being announced for grass -roots sport.